Best light bulb to use?

Hey guys. Per the forum’s advice, I looked for a high CRI full daylight spectrum light bulb with no UV radiation and narrowed my choices down to two candidates which can be seen as follows:

Which bulb is best?

Not an expert, just someone who wants good lights for good gains in vision…
Advanced warning: no real conclusion in this post.

In my view, everything depends on the actual bulbs as the same specs from different manufacturers have completely different actual lights.

A few years ago I purchased a desk lamp with 5 Lighting Modes with 7 Brightness Levels, 12W from 2700k to 6000k. Actually the first one was rubbish so I returned it. The second one gives me 1000 LUX right under the light, 500 LUX near it and 300 LUX within the desk area. (I have a handheld LUX meter to measure it)
Something like this - but I would never keep the room dark around me: 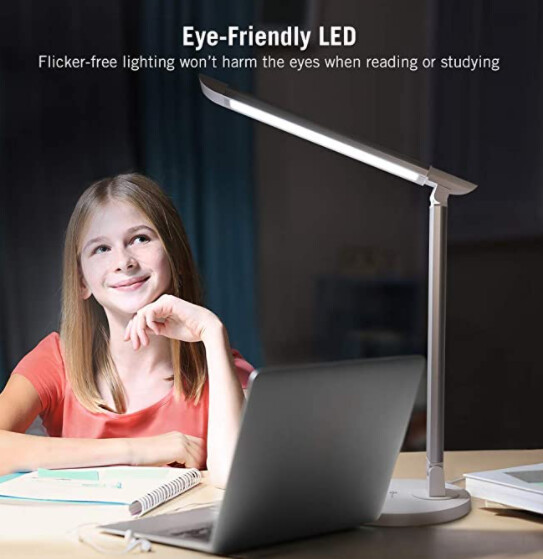 At the previous places I typically had warm white spotlights in the ceiling in the living area and I liked them, sitting under one was enough for reading (that’s about 400+ LUX for me) but they were not too bright. Now I have an ugly chandelier with 5 arms without shades around the bulbs and all original bulbs broke within a short time. So I changed bulbs a few times recently - cheaper than upgrading the place for the owner completely…

I started with halogen saver bulbs 42W (equals traditional 55W) promising 2700k. I expected it to be near as bright as the desk lamp. But it only provided 300LUX sitting right under the lights and 150 LUX if moving to the other end of the 2-seater sofa.
Changed the bulbs to LED 28W, then to LED 42W (promising 2700k) - slight improvements only.

So I thought there can be no harm in trying 12W LED corn bulb (equivalent to 100W halogen) with 360° beam angle. Like this: 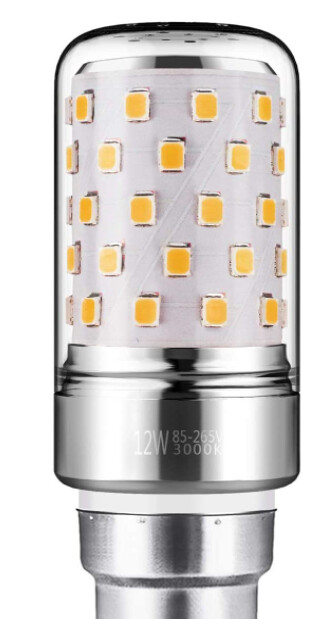 First try was with 6000k cold white, having the vision for a super sharp Snellen

It was so bright as walking to full summer sunshine from the cellar, just happened to be in my living room any time I switched the lights on… It was like that even with the weather being at its best winter sunny outside. It was definitely too much, completely disturbed my circadian rhythm though at last changed the LUX to 450 - 550. Now I have the same 12W LED corn bulbs but with 3000k warm white and I think I’ll stay with them. Same 500 LUX, but the overall feeling is more cosy.

By now I don’t understand anymore how W vs k vs LUX should work. But I got to my preference via trying. Luckily I got refunds for all earlier tries!

I’d say the most important is to have good flicker free lights and to know if it really manages to imitate sunshine with cold white it may be a Mediterranean super sunny imitation - when the Spanish prefer to lie down for a nap during siesta instead of being outside and get a heat stroke… Could be OK in a desk lamp, but too much for a full room.
And while good lights are important, it is also important not to have extreme contrast between the working / reading lights and the background in the peripheral vision.

What did you go for after the initial post?

Thanks for the reply! Could you give me links on some of the bulbs you used? How do your eyes feel with the current one you’re using? All the other rooms in my house have terrible quality lighting and the flickering is so intense, that my eyes really hurt when I am in certain rooms for too long. I ended up going for the Techgomade Light therapy bulb. All the bulbs in my house generate 100-150 lux max. Do the bulbs you own feel too bright?

I bought the halogen ones from the shop and returned them but they all looked like this and they were all the same not-good for me: 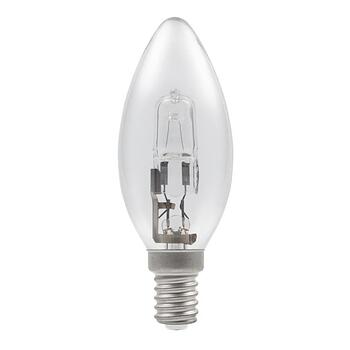 I still have the box of the final one and you won’t believe but there is no brand name on it!?!
The corn bulbs look as on the photo 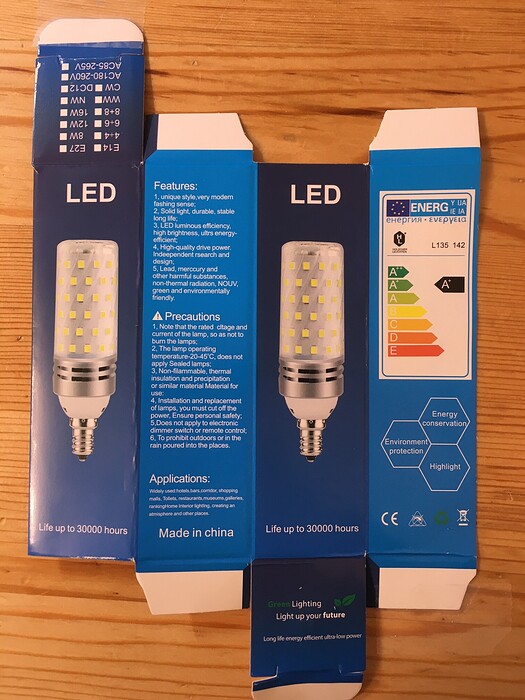 Can you change the flickering lights? I’d go mad if I had constant flickering within my vision…

Do you feel the light therapy effects of the bulb you bought?
I was also considering light therapy lamps for the winter but couldn’t make up my mind if they were worth it…

I had an attempt to take a photo when all 5 bulbs were different ones.

Phone couldn’t handle the brightness and auto-adjusted making the walls dark, but in reality it was good reading lights in the room. So much so that though the picture shows the corn bulb’s pattern on the wall, in reality it was invisible.
On the left: 3x halogen bulbs (different Ws, but all 2700k), on the right: 2x LED corn bulbs (warm white 3000k and cool white 6000k) 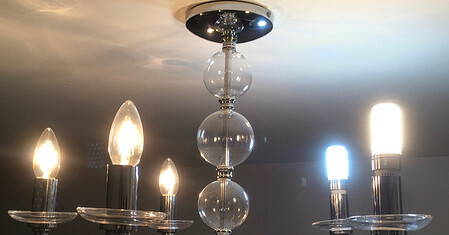 I don’t think I can change the flickering lights. I’ll have to look into it as it’s like a ‘boob’ light which can be difficult to replace. I don’t know where to find the replacements for those. The light therapy bulb I bought recently is pretty good but could be a tad brighter. You could try it out if you want.

By now I don’t understand anymore how W vs k vs LUX should work.

The W is only about how much energy the bulb consumes. For the exactly same types of bulb it has correlation with the lux, but not in bulbs using different kinds of technology, and may not even with the same type of technology (see about that later). LEDs are super energy efficient, they consumes an order of magnitude less energy than traditional incandescent bulbs. That 12W LED bulb is about equivalent to a 100W traditional bulb.
For LED what makes it a bit worse that the LED diodes’s actual consumption can vary a bit by manufacturers, and also the shape of the bulb and the pattern of the diodes influence the actual brightness. So two 12W LED bulb may not be the exactly same lux from different manufacturers and/or shape. But they should be close.

K (so color temperature) has nothing to do with the brightness of the bulbs. A 5900K (about sunlight) 12W LED bulb has the same brightness* as a 2000K (about campfire) 12W LED bulb. The only difference how you perceive the color of the light: the lower the K, the “more red / orange”, the higher, the “more blue”. People usually don’t like high color temperatures for inside bulbs, but in some ways just because they are not used to it. Even the highest color temperatures bulbs have lower color temperature than the Sun. But people are used to warm lights indoors, especially at night, so they find them weird. On the other hand you are right about the circadian rhythm, blue light evolutionary tells the brain that it’s daytime (because the sun has really high color temperature, so a “lot of blur light in it”), and the warming of the light tells the brain that it’s getting nighttime (because the sunlight gets more and more red as the Sun goes down). So having high color temperatures / cold lights in the evening tells your brain that you should not be sleepy yet. And the opposite is true: if you use warm lights in a windowless room you will feel like it’s evening.

*What complicates it’s a bit that the different wavelength has different properties. The more you go to “red” the light “spread more”. The more you go to “blue” the light “spread less” (hence they use red and blue light on police / firetruck / etc. cars in many countries: the blue can be seen better from afar, the red can be seen better when not directly looking at the car). So a warm light will lit a bit more area than a cold light because of this. The brightness is still the same, but because you see “more shadows” with the cold light it can gives the impression that it’s not as bright as a warmer one.

I found your discussion because I’m looking into lighting myself. I’ve been listening to interviews with Dr. Wunsch. At night he recommends halogen bulbs on DC current, not only because of the color temperature but also on DC to eliminate the imperceptible flicker. I’m wondering how much difference the flicker makes and if you get enough lumes on such a set up.