FLOATERS .... BUT no other eye issues

Before posting I have read the posts here about FLOATERS and many people posted about floaters has myopia ( either moderate or high), but my situation is different. I don’t have any eye "issues " except floater. I recently started seeing many floaters and don’t really understand why. I am 31 and have fibromyalgia ( not sure if this has any thing to do with it).

I have fibro as well and my floaters are one of few things I don’t attribute to it… I did start at the higher end of moderate myopia, could have something to do with it.
If anyone really knows the causes of floaters, they aren’t sharing. I once read an article that said they found floaters in a 4 year old boy.
While theories run from: the moderate to high myopia (as you mentioned) being a contributing factor, to aging, and/or eye strain, or even diet being the primary causes. We unfortunately really just don’t know, could be all of the above and a few beside. Another suspected possible cause of floaters is viruses. I had my floaters double in severity after a virus last year, so I subscribe to that one, and maybe some others.
Some people have found diet changes helpful. Others do the pineapple thing. Nothing seems to make a difference to me, but could work for you.

Thanks for your input. I have also tried to search on the internet, however there is not much information available. I agree there could be many or above mentioned reasons to the floaters but definitely it is not age related. I have read comments from other people who are still very young but has them. I have also read that acupuncture has helped some people, but for me personally hasn’t.
You mentioned about diet change, what particular diet do you refer to? I might give that a shot!. I was so ready to try bromelain supplement but now is skeptical about it after coming across a video from guy on YouTube which mentioned that it didn’t help in reducing the floaters but infact increased them. I so do not want them to increase because I already have enough to affect me mentally and emotionally.

I can’t speak on the diet plan personally, I don’t have that kind of discipline. However I have read in different places that cutting sugars and carbs has gotten some reduction in floaters, others say processed foods in general. I even saw one woman (though i don’t recall where, but I feel like it was a thread here on the forum) said hers went away completely when she got back to eating a certain way…

Oh that will be nice. If you find that thread anytime please feel free to Tag me👍 or is it this post you were referring to?

I’ve been strict carnivore for the last couple weeks and my floaters are currently completely gone. I’m looking for them as I type this and I can’t find one floater. I am not currently on any fasting protocol. I am eating several times a day.

Just came across this… might interest you to look into it. 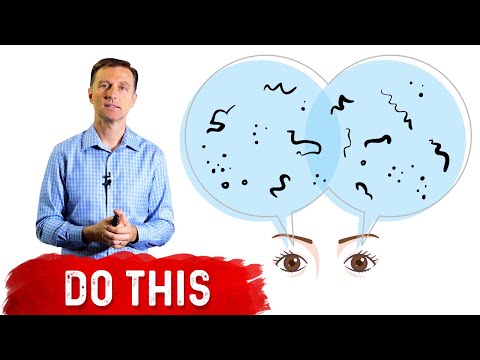 moderate to high myopia (as you mentioned) being a contributing factor, to aging, and/or eye strain

I think all of the above. Eye strain for sure at start of EM triggered more floaters being produced in my eyes

yeah fasting is the only solution, besides the laser-zapping one, that I think MIGHT actually work, but haven’t really fasted often or long enough to REALLY try it

I think all of the above.

As far as I know those are officially the primary causes of floaters, though I didn’t add that having a virus can result in floaters as well. Beyond those causes they largely don’t seem to know further causes and / or anything they can do for them beyond the risky procedures that even those in the field recommend only as a last resort.

You mean you don’t have myopia right, it might have got to do with emotion, when’s the last time you are 8eing emotional, I want you to recall that and tell me preetgurpreet, I see floater since 9 and I’m 25 now, one way might 8e to express your thoughts more and see if that helps, it might 8e the way you see other people as helpful or distur8ing, I relate the pandemic to trigger more floaters due to the nervousness 8eing controlled 8y the government and stuff

In most cases floaters are supposed to be harmless (but annoying). Like any other annoying thing in life the more stress you’re under the harder it is to keep things from bugging you or to “tune out” annoyances. To the extent that you can engage in “stress management” and get enough sleep, exercise, and healthy diet and lifestyle, it might not make the floaters go away but it might make it easier to “see past them”.

@sharada that was an interesting video! I’ve been impressed with intermittent fasting and it seems to have a lot of health benefits. I don’t know if it would directly do anything to floaters or not, but it’s been proven surprisingly useful for improving a lot of conditions. To the extent that it helps people get their blood sugar under control it would probably help keep from making things worse.

IF. Been doing it for 2 years. 2 meals a day - 10am and 4pm (roughly, except for the naughty months of Feb and March when I went food-berserk).

More energy, better self control, no fluctuations in weight. (Body/ mind, please do not swing the other way and jinx it!). Highly recommend

Hi,
Well quite possible. I was all fine until my son showed signs of myopia in pandemic. Since then I started to worry a lot and reading online and books most of the time. Feels like my mind is on the emotional run 24/7. My son is doing better now and his eyes are getting better, but apart from that there other issues too which are making me emotional at the moment ( sick family member back home and I am unable to visit them due to pandemic and travel restrictions).

Hang in there, and I hope they get well soon!

Try practical ways to visit them, there’s things that you can do and cannot do, do those that you can, don’t stop yourself or restrict yourself, find out what’s stopping you, the opposition force or so called “friction”

I have always been terrified by the concept of fasting because I am hypoglycemic and I am concerned that I will crash out. But I really want to do something about these dreadful floaters, so maybe I need to learn if there is a why I can do some kind of fasting without passing out… You are more familiar @Sharada any suggestions on what I should try and/or where to look into it?

Maybe fasting is contraindicated for hypoglycemia. In a prolonged fast (3 or more days), by the time you switch to ketosis for energy, you might be stable. It takes a couple days though. I did a fasting-mimicking diet a couple times based on Valter Longo’s work in longevity - trying to get the benefits of fasting & autophagy without completely fasting, but it was still difficult. I’m more along the lines of resting during a fast rather than exercising to allow the body to use maximum effort on healing.

If fasting is unwise for you, you may be able to tolerate keeping a long fasting window of 12-15 hours daily, perhaps from early dinner to breakfast. That period can be beneficial. Eating takes a lot of resources.

Thanks for your response though this is as I expected:

Maybe fasting is contraindicated for hypoglycemia

I manage it fairly well by eating at regular intervals, I don’t think I do have any real wiggle room there. I do manage to go from dinner through to breakfast most of the time but even there sometimes i need to eat. I tried the pineapple thing for floaters, didn’t help, I am just so sick of them! But i don’t suppose I really can try the fasting angle

@Lloydmom If you wanted to, you could do something like a protein sparing modified fast and probably get some of the fasting benefits that way. (Basically eat skinless chicken and broccoli and a tiny amount of olive oil or fish oil to get your essential fatty acids.)

Another thing you might consider (kind of a pain in the ass, but doable) is getting a lancet and glucometer (they’re under $10) and test strips. In general people who don’t inject insulin don’t get severe (as in deadly) hypoglycemia. But if you were worried about it you could test a drop of blood throughout the day and see how low you’re actually getting. As soon as you’ve switched over into fasting mode your liver should be putting out glucose and you should start burning fat stores to maintain your blood sugar.

Some people get continuous glucose monitors (which have never appealed to me even though I’m Type 1 Diabetic). They’re really cool, you can see your blood sugar in real time on your phone. I just hate the idea of having anything stuck to my skin like that and they cost more than I want to spend.

Usually fasting stabilizes blood sugar. Hypoglycemia in non-diabetcs tends to be more of insulin over-shooting after having carbs. For example you have toast and orange juice and some yogurt, your blood sugar spikes up, your pancreas puts out a ton of insulin to deal with it, the blood sugar comes crashing down. When you’re fasting there’s no reason for your pancreas to be putting out a lot of insulin, fasting tends to help pre-diabetes and a bunch of other medical issues (always worth checking with your doctor first before you do anything.)

I like the idea of a continuous glucose monitor for the short term when doing something unusual. That’d be my ideal, not necessarily realistic.

With pretty tight management control required, probably medical supervision would be the safe thing. Then there’s the raising of the children. It’s a lot to consider for something benign like floaters. Although you never know – something else might improve.