Hello everyone! Mouse here. I’m from London, I’m just getting started, and this is my story.

I’ve been wearing glasses for myopia since the age of six. I was told to only wear my first pair for school, watching television, and reading (really! with myopia!) but of course that soon progressed to all the time, with stronger and stronger lenses. I’m an introvert, and I didn’t have the internet back then, so most of my spare time was spent with a book. By about age 14 I was at -6.5.

Now here is where it gets interesting. It’s unfortunate that I have no proof of any of this, so it’s all speculative, but it seems worth sharing nonetheless. I went through a very rough time in my mid to late teens, and part of that meant that I neglected my health. I didn’t have any eye tests, and I wore the same pair of glasses for many years. By 19/20 I was turning things around, and one of the things I did to try to improve my absolutely terrible self-esteem was to volunteer in an African country for three months. During those three months, I spent at least half of my waking hours outside. I used a computer for an hour once a week, when I travelled to the internet cafe in the nearest town. I did a bit of reading, but only a fraction of what I would have done at home. My glasses, already old, got scratched to bits, and I attributed the issues I was having with my sight to that.

Some time after I came home I went for an eye test. -4.25, -4. It would be lovely if I could say I’d gained 2.25 diopters in 3 months, but of course it’s also possible that my sight changed during the years I didn’t have any testing done. I didn’t think much of it at the time, just bought the new glasses. Since then I’ve bought all my glasses online, because it’s so much more affordable, and had several tests which were consistently at -4.25, -4.

A few years ago I developed a severe eye infection which I initially mistook for conjunctivitis. At one point I was advised to visit an optician, which I did, and he told me I needed to go to hospital, and that I also needed a new, increased glasses prescription. Off I go to the hospital, and when they test my eyes, I say that I know my vision isn’t 20/20 but it’s due to old glasses, not the infection. Surprisingly, I’m told that my sight is absolutely fine, and I don’t need new glasses after all. At the time this made me very suspicious of opticians! Having read this website and tested my eyes in different light conditions, however, I suspect that it might have been due to ordinary fluctuations and not anything nefarious.

I’m a bit of a screen addict.

In the past this wasn’t a problem because I had an active, screenless job to make up for it. Now that’s not the case. I do think there are benefits to computer use. I’m able to connect with people online and it’s as much ‘real life’ as anything else. I also have a disability which affects how much I’m able to do - but I try to live by the principle of moderation! Then covid happened and I unfortunately spent the best part of a year indoors, working from home.

Here’s the interesting thing about that year. I thought it wrecked my sight. When I started going out again, I had to push my glasses way down my nose to get a clear image. But then I looked online and read that this problem actually means the prescription is too strong. Then I start reading more, and eventually I end up here. I do my tests, and with both Snellen and the measuring tape I’m at -3.75. Weird, right? The only possible explanation I have is that all my reading and phone use has been without glasses for the past couple of years, because it just felt far more comfortable. I may have been print pushing without really knowing what I was doing. I don’t know.

I’m now wearing -3.5 normalised, and my sight with them is 20/25 in good light, 20/40 at night. On the advice of another site (one of the places advocating plus lenses for close-up) I bought -1 for differentials, but that was a mistake - my face needs to be so close to the computer screen with them that it’s terrible for my posture, so I’ve ordered some at -2 instead. I am going to end up with so many pairs of glasses!

So that’s where I am. One of the things I’d like advice on is things to do outdoors! I have hobbies that aren’t screen-based, but they’re things like crafts that still require close-up work. I walk outdoors for at least an hour a day, sometimes more. But if you follow the ‘3 hours a day’ recommendation, what else do you do? My disability means that sports aren’t really an option (lack of balance and co-ordination) but I’d be interested to hear other ideas.

If you read this far, thank you! I look forward to hopefully seeing some of you around the forum.

There’s your problem. I’ve seen enough movies to know that it’s always gloomy and depressing there.

I walk outdoors for at least an hour a day, sometimes more. But if you follow the ‘3 hours a day’ recommendation, what else do you do?

Is there a local sports team you can watch outside? Football club or cricket? You could pretend you’re a tourist and look online for all of the various statues or nearby historic buildings and then walk there and back.

lack of balance and co-ordination

You might be able to work on those at the same time you’re reducing your myopia. If you look online at sports vision training there are lots of free videos on youtube with various exercises you can do that will help with balance and coordination and vision. 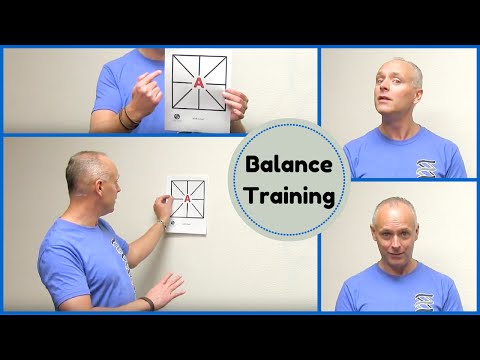 Thank you for sharing your story!

Not knowing your limitations or enough about your locale I am unsure what activities to recommend but watching is a great way to engage your vision. As already mentioned you could choose to watch sports since you can’t play them. Also bird watching and watching animals in general, clouds etc. If you incorporate into your walk spotter points where you can sit and watch for a bit then resume your walk it will stretch you walk out.

I am going to end up with so many pairs of glasses!

Haha we all have a lot of glasses!

Anyways welcome to the community

Thank you all for your kind welcome!

@nycmao That video is really interesting! I’d never considered trying anything like that before, but I’ve printed out the template he uses and I’m going to give it a try. It would be wonderful if I could improve my balance along with my sight. You’re also right about London - luckily, I quite like walking in the rain

I love the outdoor activity ideas too! I live very close to a cricket green so I can find out when there are games and turn up to watch. Also touristy things and stopping to sit instead of just walking. I started my walks to lose the extra lockdown pounds, but there’s no reason I can’t have stops along the way if the pace is brisk the rest of the time.

Today I had to travel into central London (I’m in one of the outer boroughs) to visit a library. Wearing my undercorrected glasses was a bit disorienting at first - I had to get closer to signs to read them, and it just felt uncomfortable. Hopefully I’ll get used to it. While I was on the train, I looked out of the window instead of at my phone, and tried active focus. I don’t know enough yet to say if it worked, but I did feel an unusual, almost stretching sensation in the corners of my eyes - very different to the eye strain I’ve had on occasion from excessive screen use. After 30 minutes of this, I looked back at some of the signs inside the train, and I was able to clear the blur from a couple that were decidedly fuzzy when I first sat down. I don’t expect to make any real progress until my usable differentials arrive, but it’s fascinating to play about with it. The idea that my vision isn’t just static was quite a revelation to me.

Wearing my undercorrected glasses was a bit disorienting at first - I had to get closer to signs to read them, and it just felt uncomfortable.

Your normalised may be too weak. If it stays like this, step up a bit, don’t get used to discomfort.

After 30 minutes of this, I looked back at some of the signs inside the train, and I was able to clear the blur from a couple that were decidedly fuzzy when I first sat down.

This should be the experience with the street signs, too. Not within 30 minutes, but within a few seconds. You look, slightly blurry, you look again and blink, clear or at least readable with a slight blur. Don’t ruin the outdoors time with struggling to notice things. Your eyesight won’t get worse if you wear 0.25D or 0.5D more when you are travelling - as long as you are not scrolling on the smartphone screen.