Not in everyone’s reach, as far as time and money and location … but if you can get into something like this, I’ll be quite envious! 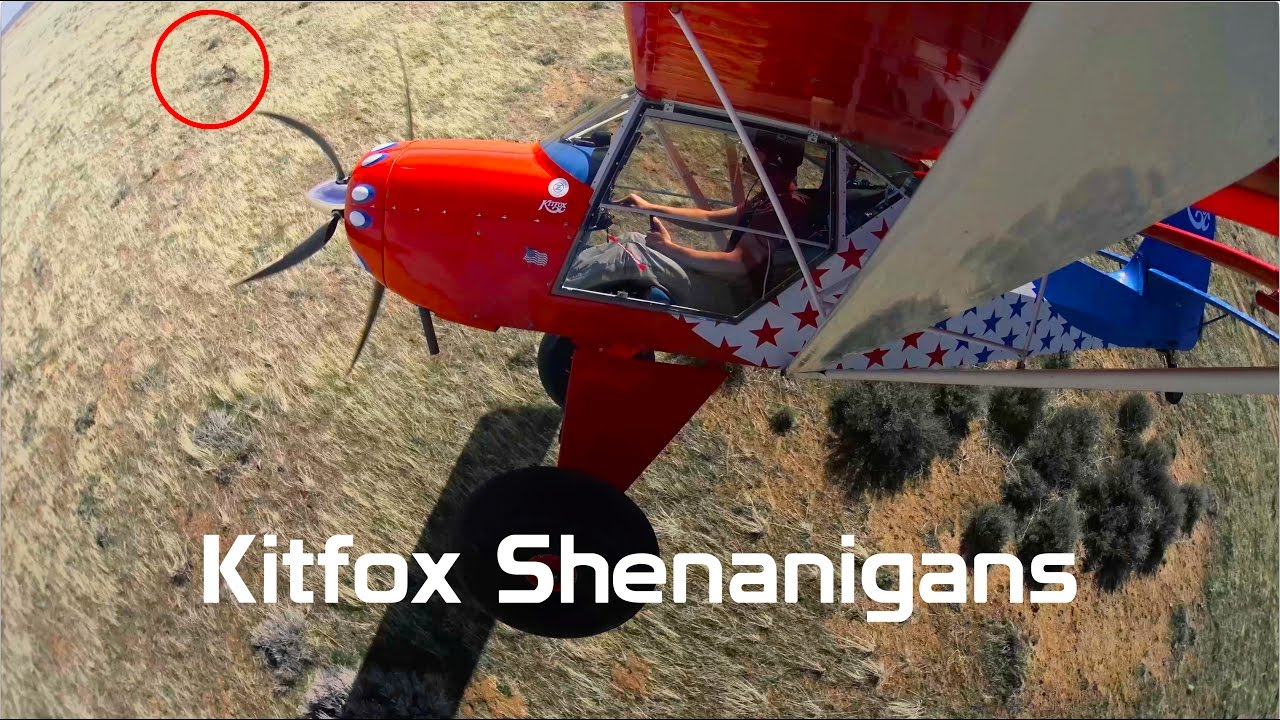 Haha, I love how he uses one of these “remove before flight” banners for his airplane keys

If he really adheres to that, he won’t get very far…

Looks like a lot of fun. I’d have loved to become a pilot if it hadn’t been for this damn myopia.

Have you seen the bush pilot documentary “Worst place to be a pilot” where they fly little planes all over indonesia? Some hair raising stuff there. Totally different from flying big irons down an ILS on autopilot all day

I’m a pilot! And an avid watcher of Trent palmers YouTube channel. His little kitfox is an awesome performing airplane! I haven’t had the opportunity to do much back woods bush flying but hopefully soon this fall I’ll Get my hands into it a little bit. That’s the type of flying I fell in love with and hopefully i’ll Soon have a plane like that myself where I can enjoy it. Or at the very least Id like to get in to paramotors soon… sooo much cheaper then airplanes and don’t even get me started about helicopters!
@mko I have watched the documentary your talking about and I would agree it is definitely hair raining lol! I’ll take my ILS to minimum conditions any day thank you haha! It was a really interesting documentary, I enjoyed it.

His little kitfox is an awesome performing airplane!

Indeed! Raising the flaps and stick back for a landing?

@denglisbee I used to do free flight paragliding for years, been thinking lately about paramotors. Easy to pack up and take along to places to go fly!

Keep us posted for when you get that plane, and share some videos!

Definitely will keep you posted! Very cool to hear about your free flight paragliding and would love to hear more about it . Hard to get any more free feeling then that. I’m putting some funds aside to get into the paramotoring. There’s a place near my home that does it and rents gear to learn on. Since your watching Trent Palmer another youtuber I’d suggest is “Tucker Gott” he does paramotor stuff and BASE jumping stuff. Very interesting all the different rigs/ setups one can acquire.

Only thing about free flight is the accident rate I’ve observed. It’s quite high while minimized in conversation with pilots. Broken backs are quite common!

I eventually gave up on it, random sink on landing and wing collapses on takeoff aren’t something my paranoid brain likes as acceptable risk.

With a motor at least there’s a bit more weight … and power!

I’m with you, not acceptable risk! Dealing with the forces of flight without power and having random sink on landing as you said is not for me.
I haven’t really read up a whole lot specifically on the different configurations of the wings but it’s my understanding that you can definitely prevent the “unexpected” 98% of the time with the right wing/ motor combination and flying in the right time of the day when the air is more stable.

When I have a bad landing in an airplane I go home thinking about it long enough, I surely don’t need a back injury from a free flight paraglider to remind me about it even more. Haha

I know here in the states we can do just about whatever we’d like flying wise if done in the right context whether it be fixed wing airplanes , paragliders , helicopters , ultra lights.
How accessible is said things and paragliders in particular in the region where the bearded guru resides ?

Not very accessible at all. Varies from unknown (but probably also unwise), to blanket restricted military everywhere airspace. That and there are no others around to observe as guinea pigs, and I don’t like to be the first one to explore an area.

Thailand seems decent for nearby destination potential, they’ve got a whole PPL scene happening over there. They also do a fair bit of paragliding. I participated in some shenanigans there in the past, but the combination of free flight already being hair raising and the locals having apparently zero fear of death just really was another level (not my level). They call it a launch site but when I take off I realize that I’m barely, if at all going to clear the tree line after takeoff. Like legs up, cursing, scraping the tops of trees. And of course no motor, so it’s just all good-luck-holmes type of stuff.

And then when you land they go “yea, that was pretty good wind today, not bad compared to other days at all”. Yikes! Of course later I realize that they fly gliders a size too big for them so while I’m doing it ‘right’, they get the advantage of dangling under an oversized wing and floating over stuff.

Listen here meow! Haha I laughed reading your comment. And then read it again because I can relate to this attitude of “good-luck-Holmes “ we have an Italian Doctor in my hometown airport who is a pilot and he’s quite the similar to the picture your painting of the people floating around over stuff. This doctor has no respect for any aviation regulation and he gets away with a lot because he does the air traffic controllers required medicals evaluations. I’ve heard several times over the radios the controllers giving vectors for regional airline jets on final appprach to get them out of his way to mitigate risks associated with him. Haha

That is some really sketchy stuff man. Unfortunately those types of people are on every flying scene meowa days. It really is a shame to hear how inaccessible general aviation is on that side of the world. I’m spoiled over here in comparison.

Keep me updated if you go on any flying endeavors again , I’d love to hear about them!