How a Bates teacher caused me to do EM 😁

I know we shouldn’t post about specific Bates teachers, so I won’t use any names. But I thought I’d share this funny little detail about how I ended up doing EndMyopia.

Those who’ve read my previous posts know I’ve studied the Bates method before starting with EM. At this point I had already found EM and done a fair amount of reading and also watched several of Jake’s videos. I gradually came to prefer EM’s scientific approach and explanations to the Bates method. But there was one big problem: I just couldn’t figure out active focus! And since the entire method is based on this, I had serious doubts about it’s usefulness for me and was generally very skeptical about it. So I focused on the Bates method instead. I had all but given up on ever finding active focus, and frankly didn’t believe that such a thing even existed.

At that time I came across some videos by this particular Bates teacher. They had apparently been making videos about the Bates method for many years. This teacher was very knowledgeable about the Bates method and would explain and demonstrate things in a very clear and enthusiastic way, which I liked a lot. So I kept watching the videos in chronological order. At a certain point they mentioned that they were still struggling to completely reverse their own myopia though, and that they would now start to make an effort to actually put into practice what they taught. That’s when the videos started to change. Instead of the instructional videos about the Bates method that I had come to like, this Bates teacher now started to make progress videos about their own vision improvement. After a few videos it became very apparent though that there was no significant progress…

Honestly the videos actually became somewhat painful to watch! Here was this certified Bates teacher who probably knows all there is to know about the Bates method, and despite their best effort they simply couldn’t make any real demonstrable progress. And after a while the videos had just stopped. It felt to me as if they had simply given up on the idea of improving their vision. That’s when I thought “If this person, who is so knowledgeable and enthusiastic about the Bates method, is ultimately incapable of reversing their own myopia, then chances are it won’t work for me either.”

And that’s when I decided to focus entirely on EM and on finding active focus! If it wasn’t for these videos I would probably have given up on EM. So, in a way I owe all the progress I’ve made so far to this Bates teacher…

I’ve been thinking about this for quite some time now, and I felt truly sorry for this Bates teacher. So, a while ago I reached out to them and invited them to try EM instead. I even received a reply. They’re obviously very skeptical about Jake and his method, but they said they might check it out… So, who knows… I hope they do. Wouldn’t it be cool to get a Bates teacher back to 20/20 using EM!!!

Are they paid for teaching bates method? For a moment, I thought you are referring me as the one who gives up. It’s not me right? LOL

Ha ha, I didn’t know you consider yourself to be a Bates teacher.

No, @Tidus this is not about you, but about someone who has actually been teachig the Bates method for years and went through Bates teacher training I believe. And yes, I assume they get paid for it, like anyone who gives lessons to other people. 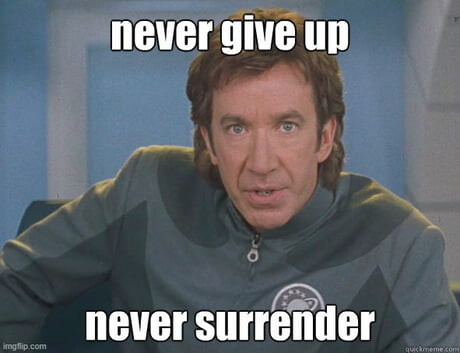 Sorry I always imagine wrong stuff. I thought you are being figurative. Actually I think that learning to give up might be a crucial lesson for me.

cool funny story, are these videos on youtube? if so, please send me a pm, I want to see that

In fact I must confess, I got to the whole vision thing just by conicidence.

While surfing I have seen on a website a video about eye training (some old vhs rip).
I never thought about it before (though this was like my biggest hopeless dream) and that such things exist.
I don’t know but at some point I came then to Todd Beckers Video and then to Jake’s Videos.
So basically I have to thank Bates too, because of him the vision improvement ideas are so popular, that at least this could get the attention of people like me, who never thought about these things. And the rest is youtube.

I was actually looking for information about why our myopia always gets worse, because I was shocked to find that my new glasses which I had been wearing for just ½ year were starting to become too weak for my right eye again. That’s when I found lots of stuff about the Bates method, but also EM.

BTW: I just realized we both have something in common with Jake: We all grew up in Germany!