Lots of work going on behind the scenes.

Building a native iOS / Swift platform for all things endmyopia. Current progress includes the whole endmyopia blog being available on smartphones by connecting to the main database the site currently runs on and an API … which basically just means rather than taking some easy route (via some form of webview / browser trickery), working to do it the right way.

Not released yet but been playing with it, and it’s rather promising. 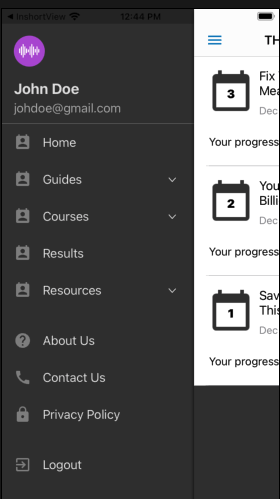 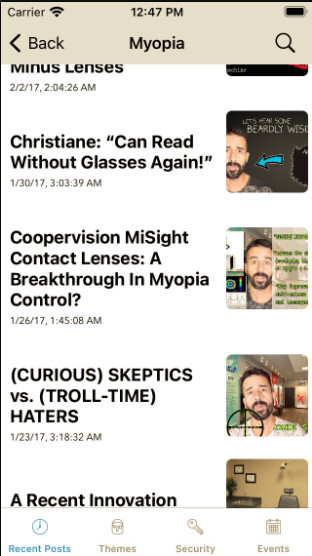 Courses will also be available via smartphone.

Of course ironic since smaller screen = closer distance you end up holding it for that “point of immersion”. But the stats tell us that more and more and more users are coming to us via mobile. So …

7 day guide, also via app. So that’ll hopefully eliminate some of the eternal problems of e-mail deliverability, and losing various days, and all that pain that’s been going on for years.

Early version already approved by Apple, so hopefully we’re in keeping with the rules here.

And, integrating the measuring app into the whole thing. So there will eventually be one destination for all things endmyopia, native to the mobile device.

And Jake will be playing a tiny guitar by the subway entrance, with his hat out. Because as it turns out, iOS developers make a lot more per hour coding than sagely eye gurus do writing guides and answering questions. Who. Knew.

Morale of the story, if you want to make money, get into iOS development … or really blockchain, or even more ideally anything related to vaccines or useless virus testing schemes.

Either way though, we didn’t give up on the app thing, progress is being made, I’m hopeful to have things to show you here semi vaguely soon.

I don’t remember which thread had the “wish list” for the first app, but I did think of a feature I would like to see. I have a separate chart for when I actually did reductions, and I like to put that with my cm log to try to try to gauge any correlation to how my reductions effect my cms. It would be cool if eventually the app did something like that.