I’ve been wearing contact lenses since university; now I am 32 — about 15 years. I have only had two prescriptions from optometrists in my entire life)))
-3.5 both eyes and -6.5 both eyes (wearing the last about six years).

Since February of this year, I have been monitoring my vision using Snellen charts and with the EyeQue VisionCheck.

On October 9, I was reading a book in the backyard (15-5-15-5) and without changing my glasses I looked into the distance — my eyes and brain completed the picture to a very sharp state. Better than with my normalized 15 minutes ago! Then I was doing it for about a week. But it didn’t always work.

On the 15th, at night without glasses, I accidentally (already lying down) began to look at the lamp, and again something happened that I could see the smallest interweaving (see the photo of the lamp).
During this, my pupils ached and tears began to flow. 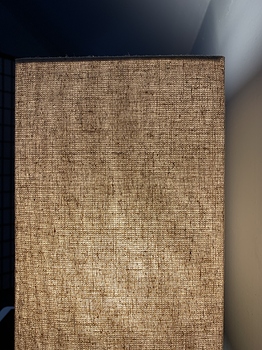 16th I woke up with vision equal to my differentials. And while it is stable. I ignore the cylinder; even optometrists did not correct it for me. I think I got rid of the spasm.
I urgently ordered glasses, but for now, I got my old -3.5 on both eyes (which I put on a couple of times in my life) and reduced to a minimum the close-up work.

Now I can sometimes clear up to 20/20 even at -3.5, with almost no pain in my eyes (it looks more like the brain is working). But I don’t do that too often, as Jake said it shouldn’t be done that way)).

Congrats and welcome!
My start was similar.
Huge drops when I addressed eye strain.
What’s your phone usage like?

Thank you!
I don’t understand what about the phone. What do you mean?
Too much, I think

In my diff or without glasses.

Here is a topic about the EyeQue VisionCheck device that I use.
https://community.endmyopia.org/t/eyeque-personal-vision-tracker-the-good-the-bad-and-the-ugly/10629

oh sorry. I meant how much time do you spend on the phone each day? One hour? Two, three, four?

yes i use the Eyeque app too. Its good enough for general testing!

…but
I walk about 5 kilometers every day.
I like to look out the window (as long as the weather permits - opened) at traffic lights and road signs

My diopters have never been so stable (on the left eye, especially).