Today, I notice a new layout with extra options.

There are a variety of colour theming options now available in user preferences for the vets who are tired of white and blue.

I had to go back to dark manually

First thing I saw too!

“It’s not a real vision improvement website if there is no dark mode option” -@Viceroy.Sam

Toggle works on mobile too

Toggle works on mobile too

Whaw, so simple, elegant and practical.

Only change I don’t care for is that in the topics used to read black and only turned grey after I visited them at which point if there was new activity they would turn black again (in addition to the counter). And for dark mode they would be white… Now they are all grey. I am missing this

I didn’t notice this but you’re right. It’s due to the dark theme switcher, for some reason that is unknown. I’m trying a fix to make the text colour black again.

I think it might be better to throw the baby out with the bathwater here. Exhibit A: 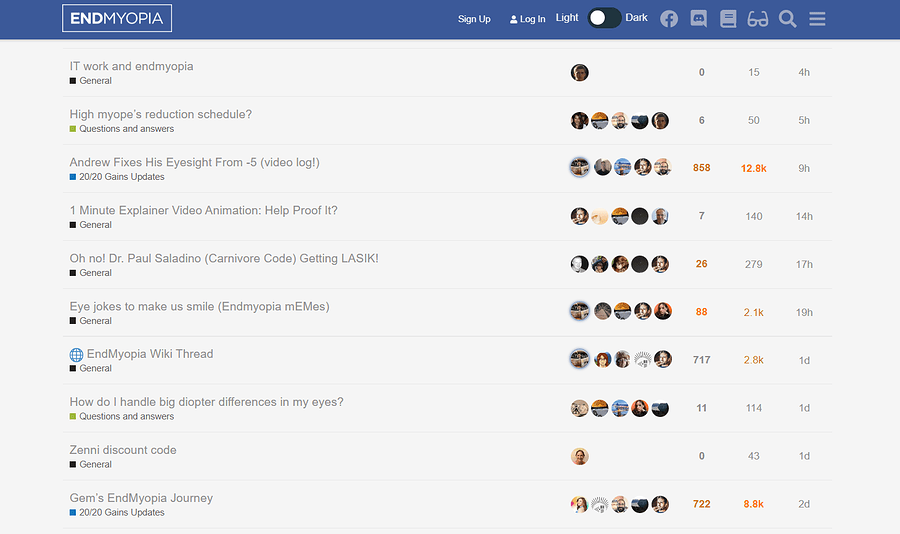 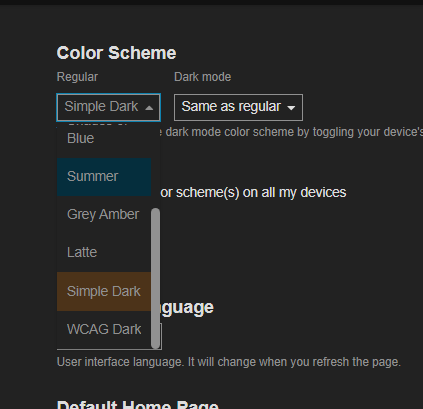 Signed in users can just enable a dark colour theme anyway. I also get the impression that people don’t really use the slider all that much, they pick a theme they like and stick with it.

The dark theme that the slider goes to isn’t modifiable either. It’s just a bit yucky…

Partial solution: add emojis to the preferences area so the fact you can change colour schemes is more noticable: 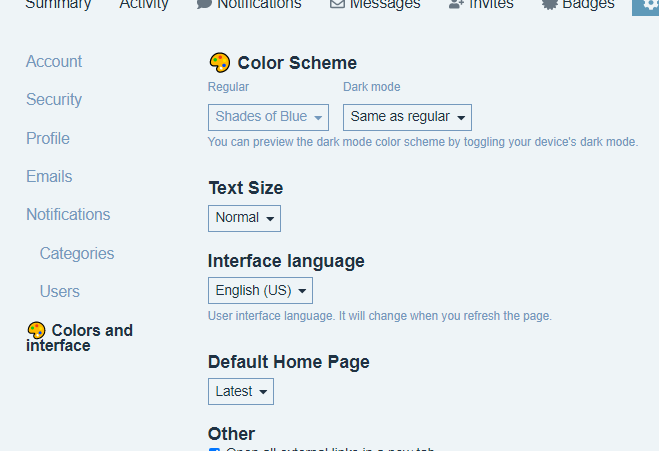 For me all the forum shows up now as double-spaced using the dark theme. I don’t remember it being like that before. I’m not sure if that’s a bug or a feature. I think I prefer the posts to be single-spaced.

Ok, I can explain everything. That issue should be fixed now btw:

So I just tested the dark mode switcher component again. The first image is the preview window for forum posts without it enabled, the second with

Seems like it had unpredictable effects. tl;dr, the dark mode toggle caused more problems than it fixed so it’s gone.

the dark mode toggle caused more problems than it fixed so it’s gone.

These things happen, it is good to have proper contrast back. I appreciate that you tried at any rate, and unlike other updates gone wrong you back tracked instead of making us suck it up lol So thanks