For anyone who missed it on Facebook:
Today I went to the optometrist for the first time in 2 1/2 years, and for the first time in the 14 months I have officially been participating in this method and the improvements I have made are confirmed by the very same optometrists that last measured me at my 17 years stabilized previous strength. (And I certainly was amused to watch him try to do that math

) While I didn’t need the optometrist to tell me my eyes had improved, there is unquestionably something validating about that confirmation. Also I think the community on the whole can benefit from getting these improvements documented by the optometry field itself. I have updated my YouTube channel with my progress as well for anyone who is interested…
Thank you Lord for the awe inspiring capabilities of the body. “I will praise thee for I am fearfully and wonderfully made.” Psalm 139:14

Edit: should probably have attached the link here in the first place, I just tried to find the video from a device without logging in and it’s not possible… to even find my little channel

That’s really great! I look forward to seeing your video.

Such a stimulus for us all! I look forward to your video as well !

Although it popped up as the very first video in the “recommended for you” section on my youtube homepage. #megafan

So exciting! I am still too nervous to go in case their results are too disheartening. Maybe I’ll go when I get to -1… so… next year.

I put it off till I had basically a 2 diopter improvement, so fair game in my book to wait for the same gap

. It was so nerve wrecking… and then it all worked out fine, and was super validating. So totally go… eventually, but no reason to rush

awe inspiring capabilities of the body

Indeed, and it doesn’t much matter whom you thank for that. This is great confirmation, and very inspiring to all on this EM journey.

The background story is excellent. What I find of interest is that wearing close-work glasses didn’t lead to blur adoption. 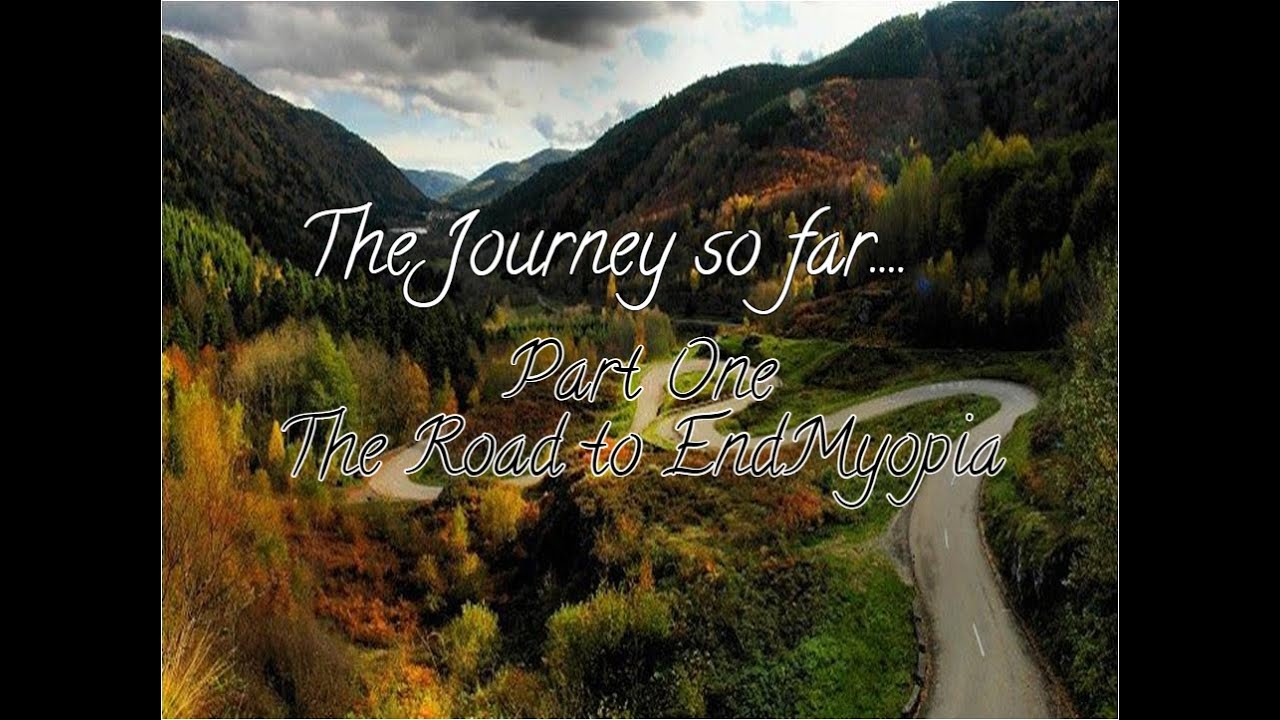 I personally don’t really believe in the theory of blur adaptation. I think it is more similar to just ignoring noise, similarly we learn to ignore the blur (maybe). But, if we want to consciously see it, we can.

So happy and excited for you! Its amazing and certainly a great motivation for all of us. I havent gotten myself checkef yet, im also a bit scarred about the possible results… i might try a new optometrist first and then go to my old one

Even if it is a real thing, you’re getting plenty of clarity reference at near work if you do much near work. She was also still wearing “driving glasses”.

By rights I should have been horrifically blur adapted. My “driving glasses” gave me a reference for sure, but I loath driving and generally only do it two days a week (a whole 4 miles round trip). Originally, as I gathered I would only be able to active focus if I wasn’t blur adapted, but I think I misunderstood it altogether. So yeah, I expect I was highly blur tolerant (term corrected for you @Ursa) but I was always conscious of the blur and found myself often taking stock of it, add to that my eyes were already sorting it out; and they closed the remaining gap so fast after I found EM! All told I would have done things differently (and probably be further along) if I’d have done it Jake’s way in the first place, I just didn’t know…

my only goal then was to have less headaches, I couldn’t have conceived of anything else, the idea of vision improvement had not seated itself as a real thing until much later. It is a terrible shame that actually finding EM is such a haphazard thing.

Not for me, I’m a homebody, and if I do go anywhere I prefer my husband plays chauffeur

. Plus I get much better active focus time when I can just ride.

I re-watched a video of yours were you talked about your daughter getting new glasses that she didn’t wear. How is her vision now, if you don’t mind me asking.

I got in 135 miles on the motorcycle today and probably 80 in the work van. It was a good day. Very little close vision until now.

She basically quit glasses at that point, only wears a 20/40 normalized to watch tv (an hour and a half daily at most) and see the board at school (before the shutdown). She drastically slowed her progression; but I do worry about her developing mind not having enough clarity… but then I remember how many stories I have heard of people who refused to wear their glasses as kids and let her go. Currently we are at the same place (-3) I figure at some point she will decide she is sick of the blur and do something about it. She is getting good habits for breaks, but she still loves so many close up activities… but there are outdoor activities that challenge her vision too that she love (chasing butterflies is her favorite) she is getting AF when it suits her too, and I am confident she will reclaim her vision when she is ready. In the meantime she celebrates my milestones wholeheartedly, she is my own little cheerleader

Sounds like she’s in good hands. At least you’ve got things figured out and can help when she’s ready to start making changes. Stopping the myopia progression should be easy now.