There is an option “Download PDF” for free. It contains everything you need to know to do the procedure distantly.

You would generally contact Yee for the therapy - the info is meant to be for educational purposes.

Long story short, as per my understandings, that type of lens works such way that it forces the cornea against the eyeball, while not changing it’s curvature due to being less resistant than the cornea. Then theoretically the “equator” of eye expands in width and height, “loosening the oblique muscles”. It creates a force for suspensory ligaments to taut and ciliary muscle to relax further, flattening the lens further. If there is ciliary spasm, you should deal with it prior to, like to do a cycloplegic autorefraction and using differentials after. I don’t have ciliary spasm as EndMyopia describes it, but 90% of sureness I have “bulged” lens because my corneal astigmatism doesn’t compensate.

As per oblique muscles, I could only think of its legitimacy using accommodation with cyclotorsion outcome. Anyway, this is a bit not sufficient for me.

Like with EndMyopia, Ortho C initially brings a big improvement, then gradual.
So maybe those who lazy doing EM can switch to this, or combine both. However, there is no promise for 20/20 on ranges more than -2. And this lens poses more risk than plain reduced lens method, as it’s experimental basically.

My goal with Ortho C is try to unlock AF at least, and 2-3 D initial improvement will be nice, since almost everyone here with high myopia got it.

interesting if you can say something here.

Sorry, I have nothing interesting to say here. I have also become cautious about what I want to discuss on this forum. My summary of the method proposed by Norbekov on how to get rid of glasses, although based on the same core principle as EM, was declared to be unicorn farming and misread as an attempt to undermine EM. I only posted the summary to save other people the trouble of buying a book by a man who had been referred to by another forum member. The book was great fun and gave me a lot of belly laughs, so I do not regret buying it.

. I remember that you met some of the same resistance to your earlier attempts to investigate the Yee method.

By the way, I love your metaphor- which I suppose is Ukrainian - that an egg should not try to teach a chicken. I think this deserves to be on the @lajos thread of interesting sayings in other languages that cannot be translated directly into English. We have a similar one in English - don’t teach your grandmother how to suck eggs, but yours is much more striking…

Good luck on your lonesome journey of trying the Yee method in addition to EM.

I don’t suppose you could stop yourself from growing any more - and probably you don’t want to.

It seems more stress related than physical growth related. You were seriously undercorrected until 2020 which probably did not help. I hope the main causes of stress have gone, and that you have learned to handle stress better.

I see you improved 1.5-2 diopters initially yet did not engage in close up overcorrection strain. So perhaps there’s a thing different from ciliary spasm like the same “bulged lens”: lens needs to flatten first then eye starts to flatten. And this could be caused by just like I say “myopic altered eye biomechanics”, not necessarily close up strain.

The site still working but no replies from the form.

Nearsightedness can be corrected naturally by neurology. In mild and moderate cases, it takes about 2 minutes. The myopic eye will develop the tendency to reverse back to its premyopic shape neurologically without surgery.

Correct nearsightedness or astigmatism neurologically with a plain pair of contact lens. You wear it for only 5 minutes. The goal is to wear it once a month.

Here is a review: Lucid I - Random Thoughts by a Canadian: My Experience with Ortho C Lenses - Part 4: Final Review

"Hi again… this is what John told me

Also, not anyone can buy the lenses automatically. Everyone’s cornea is different. Have you worn contact lenses before? You would need a k reading (or keratometer reading).
Bye for now,
John"

You should have a bit more search, Alex is not Jake

There is a blogpost about him on the site though I cannot find right now.

I have also become cautious about what I want to discuss on this forum.

This is the case, and I might want to start considering this as well… Giving into the account all my info is extremely public and I am a magnet for all I write.

My summary of the method proposed by Norbekov on how to get rid of glasses, although based on the same core principle as EM, was declared to be unicorn farming and misread as an attempt to undermine EM.

Yee has 100% similar theory with EM one. The principles behind Norbekov, Bates, Zhdanov, Becker, Warren, Hayes and perhaps Quackenbush method are surprisingly common with EM, up to 70%-99% parity with EM depending on the method and scheme. The addition in Yee method is plain contact lens therapy. He writes even if the myopia is severe, Ortho C should unlock the natural tendency for eye to revert, and this is nothing different than AF. Use a 0.25 weaker prescription without cylinder. Well, that was for not high astigmatism (< 1.5 D). I do not risk to buy any new glasses now (stronger norms and perhaps unequal diffs or equal without cylinder) before the Ortho C because the method may really work. -8.25/-1 to -6.75/-1 glasses as norms are my expectations. (-6/-0.75 contacts). Or just -8.5 to -7 after the lens flattening to allow 10-11 D of accommodation.

Yeah sometimes EM is a religion and every attempt to suggest an alternative understanding meets a holy war. Thank you Jake for occasional unicorn possibility on this forum to not migrate the fans onto another marketplace. But the accessibility, simplicity, low investment and non-invasion are the apparent upsides of the EM method.

Good luck on your lonesome journey of trying the Yee method

The police officer and psychologist has banned me and I am in no will to write him from different emails. Lonesome indeed, for those who don’t see farther than infinity

, less and less for me. I disclosed to him all my phony emails and VPNs, being some itchy Romanian guy and some cosmocultural Jack Phonie-y. The last was very short to exist, Joe did not like him as well

So really was a lot of fun with this harsh and steady guy.

We have a similar one in English - don’t teach your grandmother how to suck eggs, but yours is much more striking…

Interesting, was sounding like obscene in the first, but it’s certainly not. What does this mean?

I plan to use these lenses to get over the last diopter. I measure 20/20 in bright outdoor light and have for some time however artificial lighting and night time is a different story due to some axial elongation still being present. I’ve gotten my axial length measured before starting the treatment, I will post results and get another k-scan done to check my axial length after trying Ortho-C

No it isn’t. It was a common way to eat raw eggs - when it was still safe to do so. You would have to take turns with someone else, I think, to suck an ostrich eggs empty so as to turn it into a water bottle. 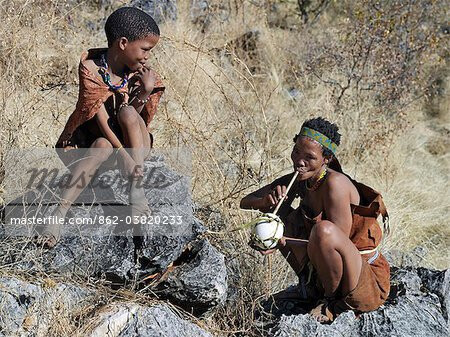 Be aware mild myopia (<= 1.00 D) might be only due to the lens and not the eye length.
Ortho C claims it can reduce the axial myopia up to 4x flatness factor = 6 D equivalent. The time frame is unknown and evidence exists it takes as much as EM to reduce the axial length for the value equivalent to 0.25 D.

Yeah I understand that but I have gotten my axial length measured and it’s pretty out of the normal range it’s currently 26.08 mm on my left eye and 26.34 on my right which is at least 1 mm outside the average range( 22-25 mm). I’ve been in contact with John Yee and he claims his method can correct my level of myopia in just 1 treatment which sounds very optimistic but happy to be the guinea pig in trying this so time will tell.

I’m curious about how the Ortho C lens therapy could be used in conjunction with EM. The big problem appears to be getting access to the contact lenses themselves. I’ve done a bit of searching and don’t really see a way to contact Dr. Yee to inquire about therapy and/or order lenses. I’m not planning to go buy his book to answer the question, but I imagine there must be a method to engage his services for people who have purchased his book?

I know that Markiyan is trying to duplicate the Ortho C lenses based on his patent, which seems reasonable, but for anyone serious about this I imagine Dr. Yee would be the best source to get them from directly. Is that not the case?

I find it odd that Dr. Yee is not engaging with Markiyan since he seems pretty intent on trying them out one way or another.

Some studies describe high axial myopia as axial length of 26.00 mm or more OR spherical equivalent refraction (SER) of -6.00 D or more.

I prefer to call high myopia as more than -4 SER. Because you depend on glasses or contacts for all distances.