I got some old lenses measured while I was at the doc today, and got some odd results.

Ok, so right eye was steadily progressing, pretty minimal astigmatism, doc might be twiddling with astigmatism to get that extra eighth diopter of sphere equivalent, but what the heck is going on with the astigmatism axis? I can see it changing a tad, but several of these are more than 45 degrees off, which essentially reverses the power? We saw those last two numbers earlier in my log thread and there was speculation that this amounted to malpractice, but this no longer looks like one mistake by the student doc at that last manifest refraction.

The tech thought it odd that the one pair had a much higher astigmatism in one eye than the other. He’s used to seeing more balanced prescriptions. He didn’t note the difference in axis between the two pairs he looked at.

These wild swings in axis could be why I generally take weeks to adjust to new lenses and wait until I’ve gone up significantly to get an exam. On the other hand, this wild change may also be what’s driving me to those exams, that the astigmatism correction becomes counter productive as my eyes change.

In contacts, with no astigmatism correction, the sphere powers are reversed, with the left eye having the stronger lens and the right the step down. This doesn’t jive with the sphere equivalents of the above refraction either, the astigmatism wasn’t that unbalanced…

I’m not done with the contact trial fitting period, doc wants to see me again after I’ve worn these new trial lenses a week. I’d been wearing a half diopter low for only a few minutes when he decided to bump me up a half diopter and order new trial lenses. He thinks it’s possible there will be further adjustments.

3 Likes
Axis for Astigmatism
Denise Skidmore, From -17D
Is there a story for how AF addresses astigmatism?
EyeQue Personal Vision Tracker: The good, the bad and the ugly
Dlskidmore April 18, 2020, 5:13pm #3

Sorry, yes that was the title of my post. But since then it comes and goes, with different axes, so walkabout is a better term for it now.

I am NOT buying any more glasses - 14 pairs is enough

Yeah, even if I pick exactly the right set of lenses each time, I’m in for 69 pairs at a quarter diopter of sphere or astigmatism at a time… I’m in no rush to buy ahead.

That sounds much nicer than “tax on stupidity”. (no offense, being lingual here, not derogatory)

I would take no offense at being called stupid - I have been stupid often enough in my life. This was not the highest tax I have ever paid on my stupidity.

We’re all stupid about something. Nobody has it all right.

Really wish I could find a professional to work with on this. I really need proper PD, PH, and vertex measurements for my lenses. I’m not comfortable ordering the stronger lenses online, but I can’t get an optician to dispense lenses without a prescription in my state. 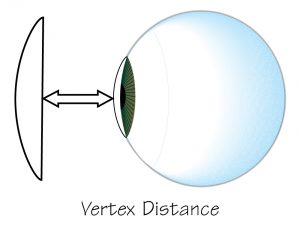 The tilt and wrap of a frame can introduce cylinder and change the axis if not carefully corrected for. Given the strength of my lenses, very minor frame adjustments could introduce these issues. If I then adapt to that, my astigmatism axis changes.

Furthermore, the axis measured from old lenses may not reflect the axis prescribed, because a good optician would have accounted for tilt and wrap when having the lenses made.

But changing power with the same tilt/wrap, will change effective angle.

Why don’t you drop your cylinders at all? Are they so big that you don’t see something without them?

I’m not a fan of cylinder correction (unless it exceeds 2 non vertexed diopters) since it is unnatural for eyes, even more than minus lenses. Also each astigmatism is different and cylinder has a default profile which could introduce more unnatural distortions.

Why don’t you drop your cylinders at all?

Yes, I am working on adjusting to contacts, which have no cylinder in them. I tried to talk the doc into giving me glasses that match to decrease the shock when I switch between glasses and contacts, and he says really it just sucks to be very high myopic and I’m going to be dizzy every time I switch back from contacts to glasses even without the cylinder.

Hi everyone,
I liked the title of this topic and it is something I have been wondering about myself. My axis changes too but not as drastically as yours.
What I’m wondering is…I want to drop my cylinder which is only about -.75 so I add a bit more sphere and just keep the same axis? Would that work?
I have been enjoying www.eyebuydirect.com for buying cheap glasses. It’s been helpful for me to try out different prescriptions.

Tolerance for dropping cylinder varies. You can try substituting half the value of cylinder dropped for sphere. The amount you’re talking about dropping doesn’t easily divide, so consider your current distance to blur if you want to round that up or down. You could try just dropping 0.25 cylinder and seeing how that does.

Once cylinder reaches 0, you don’t need axis, leave it off.

Ahh that’s what I was wondering about. Does axis matter if you have no cylinder correction. So you would just leave the axis blank?

I suppose I’ll update about my specific case. I tested my own astigmatism with a stenopaeic slit. It definitely reduced my need for sphere correction in the right direction, but when turned 90 degrees I didn’t get a blur like a cylindrical lens can create or compensate for, I got ghosts. This may be why there’s issues with finding my axis, I don’t have a true cylinder axis.

Thank you for your help in clearing up my confusion on this matter. I appreciate it!

I really need proper PD, PH, and vertex measurements for my lenses. I’m not comfortable ordering the stronger lenses online, but I can’t get an optician to dispense lenses without a prescription in my state.

why don’t you just get a PD ruler and have your hubby measure your PD? check again yourself in the mirror. it can be accurate enough. or ask at a friendly opto’s if they will just measure that for you (it worked for me

If I then adapt to that, my astigmatism axis changes.

Furthermore, the axis measured from old lenses may not reflect the axis prescribed, because a good optician would have accounted for tilt and wrap when having the lenses made.

wow interesting! proven or just conjecture from you?

after reading about yours and Hannie’s astigmatism, I almost feel lucky with my -2.5D of cyl(!) because at least it is regular, plain, directional blur, single ghost image always in the same direction, axis shifting no more than 10 degrees since I was a kid